Ultimate life goals include: pulling up to Kontiki Bar on the water, in a speed boat, before speeding off again on the open seas. I am now fully committed to pulling up everywhere in a boat. Got a meeting downtown? Pull up on a boat. Have a wedding to attend, pull up on a boat. As a matter of fact, go to a supermarket run on a boat!!! Okay, so, perhaps I got a little too excited, and a random boat pulling up somewhere is bound to get some likes in this golden (or broken) age of social media. Everything for the ‘gram right?

I had a pretty decent weekend day, circumnavigating, or rather, bum-rushing the coastline of beautiful Antigua on Life’s a Picnic. I can’t remember ever going that fast while still stuck on earth, and I’ve got to admit, with my crazy imagination, I saw myself being tossed off said boat, careening over the side and into the water. The adrenaline was really pumping. There was this incredible balance of fearing you’d fall over, and actually kind of wanting to. Let me explain: I love the water, and one ever so often, does become overcome with the need for speed. (Yeah I said it), and here I was, experiencing the best of both worlds.

Now back to Kontiki Bar. Here we all were, craving a juicy piece of angus beef burger, from this little gem out on the sea, just beyond the shores of Siboney Beach Club. Unfortunately, they were all out! I guess, they really are that good huh? I was looking forward to jumping off the boat and having a good swim to the bar. We said our goodbyes and sped off to the next location: a little hidden gem of a beach, that’s not as easy to get onto via land.

Lilliput, is a beautiful tranquil hideaway, yes, named rightly so for Gulliver’s Travels. We turned off the engine, and took in the immediate surroundings. The water was as calm as a summer evening, before the dark begins. There were no sounds but the gentle rustling of the wind through the trees, and the light tugging of the water as it rocked the boat to and from the shore. This was peace quantified. 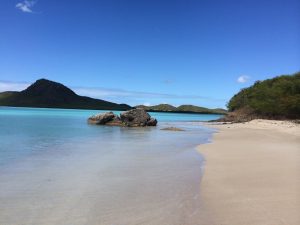 We decided on a late lunch at Castaways. Still buzzing off the great conversations that filled our minds at Lilliput, we decided it was time to fill our stomachs. Naturally, we sped off towards Jolly Harbour in a blur. We slowed down as we meandered through the waterway. Villas and their accompanying docks, fenced us on either side, coaxing us along. There was one stand out villa and dock, adorned with colours and trimmings that I can only describe as “Caribbean Bohemian Chic”.

We docked and got off, and made our way to the restaurant. Several orders of Cajun Burgers, Cheeseburgers, pizza, Heineken and Fruit punch, we were all buzzing with laughter and filled bellies. It was a chill afternoon and I struck up a conversation with a new friend, wearing a mixture of prints and textures I can only describe as eclectic. He was vibes man!!! 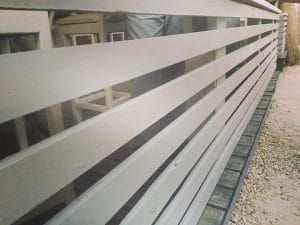 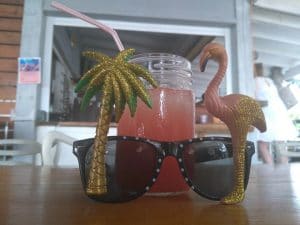 We made our way back out waterway, my friend took the helm and glided us onto the open seas, I suggested to the captain, that he put a blow-up doll on the bow, but perhaps, that wouldn’t go over too well!

The sea was a bit rougher on our way back, and I suppose I got my dream of flying, although I don’t think I’m so good at it. Or rather, the flying is easy, it’s the landing that’s hard! My sore back tells the true tale, but I’d do it all again in a nutshell!